Most Filipino men have habits that are normal for them, but may be disgusting for women (or to other men for that matter). These behavioral patterns may be revolting, but are strangely satisfying for the guilty party. Here are some of the dirty—and oftentimes secret—disgusting habits of Pinoy men.

Some men have this disgusting habit of picking their nose whenever and wherever they feel like it. It’s difficult to understand why men do this, but it’s a habit some cannot do without.

9. Beard shavings in the sink

Men who leave their shaved hair in the sink really need to clean up after themselves. Not only is this gross, but the drains can get clogged because of all the unwanted hair.

When men are in a deep sleep, they can’t help but drool. Hopefully they remember to wipe it off once they wake up.

Silent but deadly or loud and proud, men fart. Sometimes they just set one off in the most awkward times and places.

Filipino men pretty much pee anywhere they want: on the road, against a wall, or in the shrubbery. It does make some stinky roads in the metro, especially on really warm days.

5. Peeing in the shower

Most men figure the pee will just go down the drain anyway. They forget that it can leave some undesirable odors.

For some reason, men love the smell of their underarms. While women are usually turned off, men just don’t care if anyone sees them doing it.

Men spit anywhere, which makes for some very unsanitary conditions.

By all means, clean out the food particles stuck between your teeth. Just spare everyone else the sight of you going at it with much relish.

Men scratch a lot especially their “juniors” in public no less. Sometimes it’s just too itchy to wait for a private moment to deal with their discomfort. 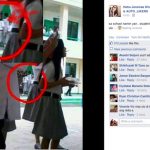 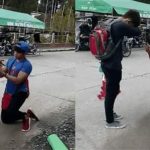