After Iglesia Ni Cristo (INC) members held a massive protest against Department of Justice (DOJ) Secretary Leila de Lima from August 27 to 31, 2015 from Padre Faura to EDSA, a senior citizen by the name of Jose Kwe bravely stood alone in front of DOJ holding a handwritten placard to support De Lima.

Kwe, who is a 67-year-old construction engineer, expressed his support for De Lima by writing his opinion in a white cartolina which stated:

(Don’t be afraid Secretary Leila De Lima. Unlike Pontius Pilate, do not surrender Samson to the modern Pharisees and their blind followers.

Keep up the good work! You are not violating the constitution. They are the ones meddling with the duty of the DOJ. They want to show the public that they can dictate to our government. That’s why the traditional politicians are mum and refuse to enforce peace because of the upcoming elections.

“30 pieces of silver.” It seems that there will be another Judas who will compromise justice.)

Kwe also said in an interview in Inquirer that no one can stop him from expressing his views.

“I want her to know that there are people who believe in her. That is illegal detention, same as the case filed by Benhur Luy and Jun Lozada. Samson is also a whistleblower. The only difference is it was against a Church,” Kwe stated.

In a previous report by The Dailypedia, Edwil Zabala, INC’s spokesperson said the protest against De Lima was prompted by the DOJ Secretary’s meddling with the case of an expelled INC minister Isaias Samson Jr., who filed illegal detention charges against INC leaders. Thousands of INC members protested in different cities all over the country, which has caused heavy traffic on EDSA and in other major cities.

On a final note, the Malacanang has revealed in a report that there was no agreement between INC and the government, but they were able to have talks clarify issues and concerns about the protests. 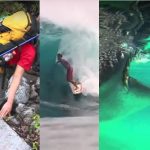 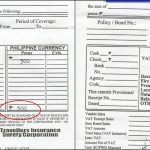