On September 1, 2015, a netizen named Joel R. posted about his stressful experience at the Land Transportation Office (LTO) branch in San Pablo, Laguna. He renewed his motorcycle registration which required an insurance policy. He asked a security guard from LTO where he could get an insurance policy and he was referred to Travellers Insurance Surety Corporation which was near the LTO office. As told to The DailyPedia, he was handed a pre-written referral note for the insurance company.

When he arrived there, he was charged P 675 for the registration. Since he was only charged P 500 for the previous year, he got curious and asked the clerk why the charge was now P 675. He also demanded the clerk write the amount on the duplicate copy of the receipt as well (the clerk had left it blank) .

The woman then told Joel that she will just write the amount at a later time which made him a bit furious. He told the clerk to write the amount of P 675 right away as it is his right to know what he is paying for. The clerk then told him that the real charge was only P 500. She said they charge an extra P 175 to pay a certain LTO employee since that employee was the one who referred him to their insurance agency. She also said that Joel should’ve gone directly to their office to avoid unnecessary charges.

After the clerk followed his request and wrote down the amount, Joel still gave the LTO the benefit of the doubt. He went to their office and asked to speak with their chief officer. The chief listened to his complaint and advised him to put his complaint in writing. He also said that it’s the insurance agency’s decision to charge a higher fee.

Joel then filed a complaint upon the chief’s advice.

After he filed a complaint, he went back to the insurance agency only to find out that the clerk who attended to him was not around as she was called by the LTO chief to his office.

As of this writing, there are no updates yet if LTO San Pablo was able to take action on Joel’s complaint. 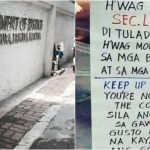 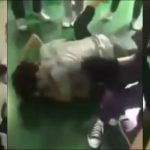