A furious husband from Dezhou in Northwestern China reportedly bit off and swallowed his wife’s nose after she failed to answer his late night phone calls the previous evening.

The woman who was left disfigured because of the sickening assault claims that her husband attempted to contact her in the early hours of the morning on September 6. However, the woman was not able to answer her husband’s calls as she was too exhausted after a night shift at work.

Apparently, the woman’s failure to answer his calls drove her husband to bite and eat a large chunk of her nose the next day.

After the horrific attack, the woman was rushed to a hospital in Jinan to receive medical treatment. The doctors discovered that the victim lost her entire nose, including the soft tissue.

The surgeons, who suggested reattachment of the detached body part, were even more stunned after learning from the woman that her husband had eaten her nose.

The investigators are now looking for the husband who remains at large since the incident.

Watch the video below 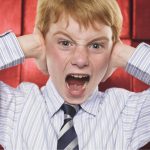 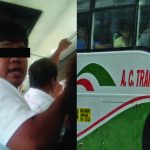