Google users were surprised to see that the Google font they’ve grown accustomed to has now changed. The old Google logo with the serif font Catull had been transformed into a newer, cleaner-looking sans serif font.

According to reports, Google refined its famous logo as it prepares to become a part of a new holding company called Alphabet. Alphabet is mostly a collection of companies, the largest of which is now Google. Rather than producing tangible goods, Alphabet will be responsible for owning shares of each of its companies. As Google will trade under the Alphabet name, but using the same GOOG and GOOGL stock symbols.

The revised design features the same mix of blue, red, yellow, and green that Google has been using throughout its nearly 17-year history. Looking a little closely, however, the shades are slightly different. The “e” in the company’s name will remain slightly tilted to reflect Google’s not-so-ordinary thinking.

The reason behind this change, aside from the new holding company, is that producers intend for the iconic, multi-colored six characters G-O-O-G-L-E to look good anywhere, everywhere “even on the tiniest screen,” writes product management vice president Tamar Yehoshua. Apart from being a recognizable logo wherever and whenever, the logos have to be pleasing to the eye whether on billboards or gadgets.

“I am sure this is going to upset a lot of people because everyone freaks out when a company like this makes a shift like this,” said Wally Krantz, executive creative director at brand consultants Landor.

However, the change did not affect quite as many internet users as expected. According to Fortune, “As with most issues of combined strategy and graphic design, industry reaction to the change was mixed, though neither side was violently enamored with or opposed to the new logo. Within both everyday user and design industry circles, the reaction was more like a collective ‘meh.’ In today’s combative and critical social media climate, this could be considered a win.”

Of course, no matter what the logo is, Google is still Google and billions of users all over the world will always be fans. With its large range from YouTube to a very efficient search engine, Google will always have something for everyone.

How about you? What’s your reaction to the new logo? Is the same “meh” as a lot of people? 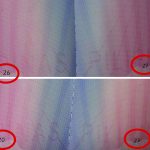 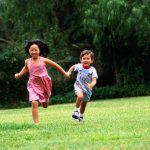