Most men think women look better without or with minimal makeup as they believe sporting a natural look reveals a woman’s true beauty. Surprisingly, a man from Algeria thinks otherwise.

In fact, a groom who saw his bride with no makeup on for the first time has filed a case against her for allegedly “inflicting psychological suffering.”

On the morning after their wedding, the unnamed groom saw his wife without makeup for the first time. Instead of admiring her natural beauty, the groom was unable to recognise his wife and even mistook her for a thief that had broken into his house.

Emirates 24/7 quoted a court source: “He said he was deceived by her as she used to fill up her face with makeup before their marriage.He said she looked very beautiful and attractive before their marriage, but when he woke up in the morning and found that she had washed the makeup off her face, he was frightened as he thought she was a thief.” 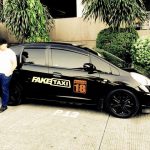 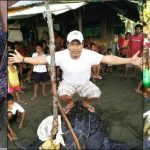