In an official statement released through GMA News on August 5, 2015, Gozon said his group has the right to keep the one billion peso downpayment paid by Ang for “damages” which resulted from the failed negotiation.

In the 17-point statement, Gozon explained the transaction was closed as both parties agreed upon the bases of retention stated in the Term Sheet which they both signed.

The statement also indicated points explaining that Gozon and his party did not defraud Ang as the latter “freely signed the Term Sheet, and negotiated each and every provision in the Share Purchase Agreement.” It also stated that the Shareholder’s Agreement had “long been agreed upon by parties.”

On a final note, the statement reiterated that Gozon and his group had a valid reason for keeping the one billion downpayment made by Ang. Gozon said in his statement, “The Php 1B is intact and has not been used. The Gozon Group has the right to retain it to answer for its claims for damages against Mr. Ang among others for opportunity loss, pursuant to law and the Term Sheet, as Mr. Ang prevented the Transaction from conclusion and closing, by his unilateral decision not to proceed with the Transaction and his imposition of new conditions after the purchase contract was perfected on March 21, 2015. As there is a valid and just reason for the retention of the Downpayment, there is no estafa.”

As of writing, Gozon has not yet received Ang’s complaints of estafa and syndicated estafa in writing. 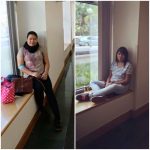 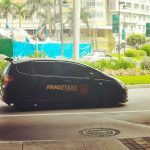