Netizen Nhel Maputol caught on video a group of pickpockets stealing the wallet of a woman inside a jeepney bound to Mabini. The video was shared on Bayan Mo, iPatrol Mo: Ako ang Simula’s Facebook page.

According to Maputol, the group of pickpockets, composed of three men and one woman, boarded the jeepney along with the female victim in Intramuros.

When the female victim noticed that the two suspects were trying to press themselves against her, she decided to alight the jeepney. Unfortunately, the male pickpocket had already taken the victim’s orange wallet and hid it temporarily.

At this point, Maputol stopped recording the incident to protect himself. 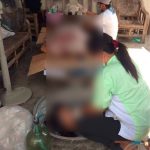 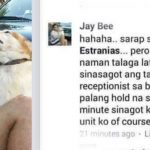