Are you always late or know someone who is? Well, an expert conducted a research and learned that optimists are chronically late in almost everything, even in credit card payments.

According to Diana DeLonzor, author of Never Be Late Again, people who are late do not like to be late or piss off others with their tardiness, they are just wired to be so. She says they have always been late all their life for most occasions, whether good or bad. DeLonzsor also said, “Surprisingly little scientific research has been done on tardiness, but some experts subscribe to the theory that certain people are hardwired to be late and that part of the problem may be embedded deep in the lobes of the brain.”

Which type of people are usually chronically late?

DeLonzor says there are two types of people who tend to be tardy: those who like to feel that adrenaline rush in accomplishing one thing in the last minute, and those who get an ego boost when they accomplish a lot in little time. DeLonzor says its their naive optimism that makes people tardy.

Aside from being late for meetings, a study also says that overly optimistic people think they’re future economic status will get better. While optimistic people work hard and are generally more responsible with their finances, people who are too optimistic tend to have late credit card payments, work less hard, and make unwise choices.

Finance professor David T. Robinson says, “Being optimistic in the right measure is healthy, both for your economic and financial decision-making, but don’t carry it too far.” 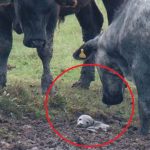 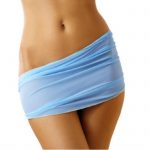