A herd of cows were behaving oddly in a field within RSPB Frampton Marsh, a natural reserve in Lincolnshire, England, and this was noticed by Ian Ellis, who was bird watching in the area.

Curious about the cows’ unusual behavior, he zoomed in with his telescope to take a closer look and saw that the herd was surrounding a baby seal, which they had apparently hauled out of a creek. Mr. Ellis tried to look for the pup’s mom and when he couldn’t find it, he immediately contacted the wardens of the nearby RSPB Reserve and Skegness Natureland.

Natureland staff got the seal pup  and immediately brought it to their Seal Hospital. Orphaned at only five days old, the seal clearly had not fed in a while and was malnourished. It was fed rehydration fluid through a stomach tube and given an antibiotic treatment to address a breathing problem.

Once it regains a healthy weight and is able to feed itself in the water, the Natureland staff plan to release it back into the wild. As it was found during Natureland’s 50th anniversary year, staff have named the pup “Celebration.” 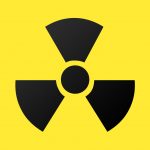 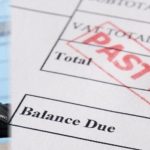