During a press conference with members of the entertainment press on Sunday, July 12, Senator Nancy Binay revealed she is not affected by negative issues being thrown at her family.

Stressing that she knows the truth, Sen. Nancy said that their family intends to focus more on helping others rather than entertaining lies.

“If truth is with us, so why get bothered with all the lies being thrown against us when, alam ko naman, alam ng pamilya namin na walang katotohanan? Bakit namin didibdibin? Walang mangyayari kung puro negative ang mga iisipin namin,” she said.

(If truth is with us, so why get bothered with all the lies being thrown against us when I know and my family knows that these are not true. Why should we let these issues bother us? Nothing will happen if we will only entertain negative thoughts.)

According to the 42-year-old politician, her father’s life story is colorful enough to be used as a material for films and soap operas.

Prior to losing his parents, Binay experienced a privileged life. In fact, his parents used to call him “senyorito.”

Suddenly, everything was taken away from Binay when he was orphaned at the age of nine. He had to live with his uncle where he served as a househelper.

(Like in the movies, the protagonist experiences oppression then stands up and finally succeeds. That’s the story of his life.)

(Hopefully, the same thing will happen in 2016, that the oppressed will win.)

When asked to comment about her father’s rumored rival Sen. Grace Poe in the upcoming Presidential elections in 2016, Sen. Binay refused to give any statement.

Sen. Binay revealed that her father was with the late Fernando Poe Jr., Sen. Grace’s father, when he had a fatal heart attack. VP Binay, according to Sen. Binay, was the one who brought the King of Philippine Cinema to the hospital.

(For us, relationships are more important than politics. That’s our mindset.)

Despite the issues both are facing, Sen. Binay disclosed there’s no feeling of awkwardness between her and Sen. Poe.

“I thought baka magkailangan kaming dalawa, but when we saw each other, nagngitian kami.”

( I thought it would be uncomfortable, but we both smiled when we saw each other.) 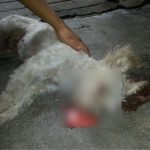 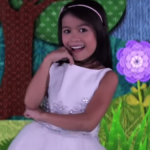