A survey conducted by Planet Romeo (an Amsterdam-based dating and community site and app) in collaboration with Johannes Gutenberg University of Mainz, Germany, got 115,000 gay men from all around the globe to participate in an online poll where 127 countries were ranked from the most conducive to the least suitable places for gay men.

TOP 10 WORST COUNTRIES FOR GAY MEN TO LIVE IN

The LGBT community in Kazakhstan face discrimination and prejudice on the grounds of their sexual orientation during the course of their everyday lives. Manifestation of negative attitudes toward LGBTs, such as social exclusion, taunting, and violence often cause the victims physical, psychological, and emotional harm. (Wiki)

Ghanaian celebrities have taken to social media to condemn the beating of a suspected gay man (in photo), opening a rare window for debate on homosexuality in a country where gay sex is illegal.

Gays are viewed as criminals and face discrimination from their own government. (Advocate.com)

Homosexuality is a crime punishable by imprisonment, corporal punishment, or in some cases of sodomy, even execution. (Wiki)

Dozens were arrested for being gay in Northern Nigeria. 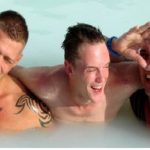 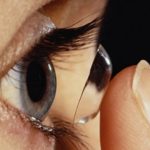