The fight for acceptance of the Lesbian, Gay, Bisexual, Transgender (LGBT) in the Filipino community is far from being over. Just recently, a high-end club has been the subject of criticism for denying entry to some LGBT members specifically transwomen.

According to Rappler, last June 20, top fashion designer Veejay Floresca and her other transwomen friends, were denied entrance to Valkyrie, a high-end club in Taguig City. One of the club’s bouncers said that he is still a man and should in men’s clothes despite Floresca’s presentation of her female California ID. This sparked outrage of the LGBT community who made an online protest against the said night club.

A couple of days after the unfortunate incident, Valkyrie issued an apology through PEP.ph, stating that the club does not refuse entry on the basis of an individual’s sexual orientation.

“The management of Valkyrie Nightclub (the ‘Club’) has been made aware of a recent incident in which certain individuals were denied entry into the Club. Club management would like to apologize to these individuals if the denial of entry resulted in their embarrassment or made them feel disrespected in any way. The Club does not refuse entry on the basis of an individual’s sexual orientation. In denying entry to these individuals, the Club’s personnel were merely adhering to its safety policies and guidelines.”

Trixie Maristela posts about the Valkyrie denying her entrance

Trixie Maristela, Miss Gay Manila, posted a status last June 13, stating how Valkyrie denied her entrance because she was supposed to dress like a man as indicated in her ID. Although, she has been there many times previously, they told her that it was a new dresscode policy. However, when she asked if she could get in if she had a VIP table, they told her she can, if she had a VIP reservation.

On June 23, Trixie posted another status in response to Valkyrie Facebook page’s post that they do not allow clients who dress inappropriately. She also stated her experience last June 13 in detail. She said in the post that she saw some transgender friends who were allowed to go in just because they know some of the investors and owners of the club. She also said that the rule on the dresscode can actually be disregarded when “money is thrown at them.” In the end, Trixie and company decided to transfer to Pool Palace Club. Although she tried to enjoy the rest of the night, she had a lot of realizations and decided to share her experience so it may serve as a warning to the public.

On a final note, Trixie felt defeated about the situation. It didn’t matter if she was an educated beauty queen or that she has knowledge in SOGIE and Transgender Theories, everything she knows became useless. That night she felt powerless. 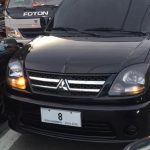 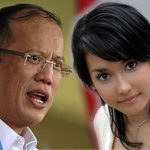