After Taylor Swift was criticized by a photographer for being a hypocrite in her letter to Apple, she suddenly started crediting photos in her Social Media accounts.

It all started with Taylor’s open letter to Apple

On June 21, 2015, Taylor Swift made a post on Tumblr entitled “To Apple, Love Taylor.” In the open letter, Taylor explained why she was withdrawing her album 1989 from their music streaming service Apple Music. She said she finds it “shocking, disappointing, and completely unlike this historically progressive and generous company” to not pay writers on the first three months of service.

Taylor also said three months is “a long time to go unpaid.” She also insisted that she wrote the letter in order to speak up for other writers who are gravely affected by the said policy.

Taylor then ended her post with a remark saying that Apple should compensate writers because consumers pay for their iPhones.

“But I say to Apple with all due respect, it’s not too late to change this policy and change the minds of those in the music industry who will be deeply and gravely affected by this. We don’t ask you for free iPhones. Please don’t ask us to provide you with our music for no compensation.”

According to Fox News, on June 22, 2015, Apple changed its policy and said that they will pay royalties for streaming services during the three-month free trial period. Eddy Cue, Apple’s senior vice president, said they needed to make a change.

When I woke up this morning and I saw Taylor’s note that she had written, it really solidified that we needed to make a change

Jason Sheldon, a professional music photographer, wrote “An Open Response to Taylor Swift’s Rant Against Apple” in Junction10. In the said letter, Jason replied in detail about Taylor’s rants. He first agreed with Taylor that companies should not exploit artists. He then pointed out Taylor’s statement that her rants are clearly not about other artists but were all for her own interest.

For every artist that is in a secure enough financial and influential position to stand up against the likes of Apple without having to worry that Apple will publicly block your ability to earn a living from their iTunes market place, there are hundreds of professional concert photographers who don’t enjoy that security.

Jason also posted a contract of a photo policy that reveals a “complete right grab” which allows her management to use any photos taken during her concert. He said to Taylor that she was not any different from Apple and that she should also change the unfair policy.

“With all due respect to you, too, Taylor, you can do the right thing and change your photo policy.  Photographers don’t ask for your music for free.  Please don’t ask us to provide you with your marketing material for free. Time to stop being ‘Mean.’”

Joel Goodman, also a professional photographer, leaked a contract which reveals that Taylor Swift can destroy the equipment of resistent photographers.

On June 23, 2015, Taylor’s spokesperson from the UK released a statement that the agreement had been misrepresented. It was also stated the claim that the copyright of the photographs does not transfer the copyright away from any photographer.

Taylor ‘steals’ from a photgrapher

Josh Johnson, a professional photographer, posted on Twitter on June 4 that Taylor Swift ‘took his photo as if it were her own.

.@taylorswift13 do you understand where I'm coming from? Hope so.

A couple of days after Taylor was criticized for her management’s photo policy and for “stealing” a photographer’s photo. Taylor finally credited a photographer on her Twitter account.

In a post on Jezebel, Johnson said that he is happy that he was able to help “shift the tide” for future creators who deserve credit. 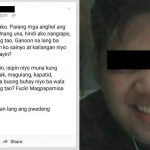 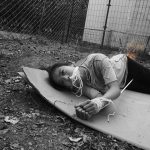