If you woke up on the wrong side of the bed, watching Johanna Colon’s epic dance performance of Aretha Franklin’s iconic hit song “Respect” may turn your bad day around in an instant.

Colon’s mother Elissa had no idea that the video of her daughter’s dance recital she posted on Facebook last Sunday would go viral. Initially, she thought of sharing it with their family and friends in New York but the six-year-old girl’s dance recital video in Knightdale, North Carolina quickly exploded on the Internet getting over 20 million views on Facebook.

“I posted it for family and friends because we’re originally from New York, and I did not expect it to take off like this. We told Johanna about it, and she’s excited, but she really doesn’t totally understand. She was more excited that she had her last day of school and that she got ice cream for having a great report card,” Elissa told Today.

Johanna has been taking dance lessons since she was two years old at Heather’s Dance Inc. After weeks of practice with her classmates, the young aspiring dancer received a standing ovation from a crowd of more than 400 people.

The spunky dancer’s sassy performance has also captured the attention of the people behind The Ellen DeGeneres show as her video was posted on the show’s Facebook page on Wednesday, June 10. We’re hoping to see Johanna do her moves on Ellen’s talk show.

Watch Joanna do a sassy performance of “Respect”. 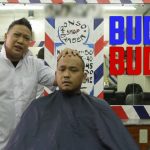 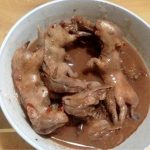