Parts of Boracay Island are covered in thick smoke after fire broke out at around 2:30 PM today, June 17, 2015 in D’talipapa Bukid in Station 2. Initial reports stated that the fire began in a boarding house and quickly spread to the nearby homes in this residential area; however, this has not been confirmed yet. The area is not near hotels or resorts.

Netizens on the island were quick to post photos of the fire even before reports surfaced whether the burning facility was a hotel, a restaurant, a shop, or a local residence. As of press time (6:00 PM), it is believed that around 100 homes have been affected by the fire which is still on going as firefighters are struggling because of the strong winds fanning the blaze.

Netizen Henrich Palmitos sent several photos to The DailyPedia, most of which showed thick smoke rising from what appears to be a heavily populated area.

Fire could also be seen rising higher and larger than the buildings in the foreground.

On Twitter, Riyo Tolentino shared a photo of the thick smoke on the island as viewed from a boat or a dock at a nearby island.

We hope everyone is safe.

NOTE: This is a developing story which will be updated once we receive more information. 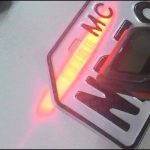 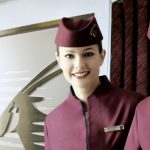