On Friday, Disneyland banned the use of selfie sticks at their theme parks starting June 30 at Walt Disney World in Florida and Disneyland California, and on July 1 at Disneyland Paris and Hong Kong Disneyland, reports ABS-CBN News.

Even before Disneyland banned these selfie sticks, most tourist attractions worldwide such as Palace of Versailles in Paris, Colosseum in Rome, Smithsonian Institution in Washington and major events like Wimbledon, Coachella, and Lollapalooza have already barred the use of the popular extendable rods, because of (1) safety issues, and (2) the rods may block views and cause inconvenience to others.

Kim Prunty, Disney spokeswoman, said: “We strive to provide a great experience for the entire family and, unfortunately, selfie sticks have become a growing safety concern for both our guests and cast (employees).”

Guests and visitors going to Disneyland with selfie sticks will be asked to leave  the monopods at storage counters, and pick them up upon leaving the park, or keep them in their cars or hotel rooms. 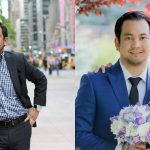 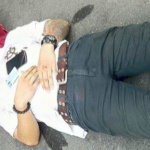