After the Fight of the Century between Manny Pacquiao and Floyd Mayweather, HBO Reporter Max Kellerman interviewed the people’s champ. Pacquiao told Kellerman that he thought he had won the fight, but Kellerman seemed surprised.

Then Kellerman, host of ESPN’s Sports Nation, asked “You thought you won the fight, why?”

Manny replied, “He didn’t do nothing,

“He was always moving outside. It’s not easy to throw punches if he’s moving around. But if he stays, then I can throw punches.”

“But he had to be hitting you with something? Because you weren’t attacking him, with the same kind of ferocity that we sometimes see you attack, was he not doing something to keep you off,” Kellerman asked.

“But yeah, I got him many times, … I thought I won the fight,” Manny replied.

There was even a part of the interview in which he implied that Pacquiao was not the same “Dynamic, attacking, knockout artist” as he was before and he even made a big deal about Pacquiao’s size disadvantage.

“The fight was competitive during some stretches, but ultimately not close. I had it 9-3,”

“@MannyPacquiao fans: I love Manny. He’s pleasure to deal with & to watch fight. Manny disagreed w/judges. Had to ask him about it. #MayPac“

A lot of netizens including celebrities were affected on how Kellerman’s interview style was disrespectful, biased and opinionated.

.@MannyPacquiao fans: I love Manny. He’s pleasure to deal with & to watch fight. Manny disagreed w/judges. Had to ask him about it. #MayPac

This just confirms why I don’t watch boxing. And that #MaxKellerman dude should lose his job for that horribly opinionated interview.

Hey @max_kellerman a little respect for the other champion. It’s obvious who u work for. U r in the wrong business. Try selling used cars

It is not the first time that Kellerman took a hit. Two years ago on ESPN-LA’s Mason and Ireland. he admitted that he hit his then-girlfriend now his wife, Erin. Kellerman’s remarks was briefly posted on ESPN-LA’s Podcast and was immediately pulled out. In less than a week Kellerman got suspended because his remarks were found to be disturbing and very sensitive. 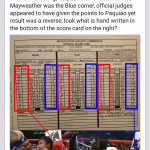 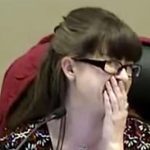