With the help of social media, ordinary people with extraordinary appearances can easily become a household name. Recently, a good-looking ophthalmologist from St. Lukes and an attractive branch manager of the fast food restaurant KFC rose to fame because their photos and videos captured the hearts of netizens.

Members of the Filipino boyband 1:43 seem to be capitalizing on this strategy in order to gain more fans. Composed of four hunky talents namely Gold, Yheen, Yuki, and Anjo, the group released photos of themselves posing as vendors of meat, rice, buko, and taho at various locations.

Carrying the hashtag #PogiAlert, their photos easily garnered likes and shares on Facebook particularly from clueless netizens who had no idea that they’re from the entertainment industry.

While their viral photos earned praises from netizens, some commented that what the band did was a failed attempt for publicity. Unlike ordinary citizens such as the “Hunky Doctor” and “Mr. Gravy” who unintentionally took the Internet by storm with their candid photos, members of the 1:43 group obviously shared their staged photos to attract attention. 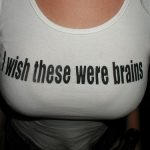 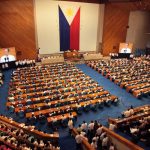