The latest performance of Pinoy acrobatic quartet drew mixed reviews from the judges of the international reality competition Asia’s Got Talent.

In the live episode that took place at Marina Bay Sands in Singapore on Thursday, the Velasco brothers rendered a Hollywood-club inspired acrobatic dance routine. Their colourful and lively performance featured their solo as well as coordinated stunts and dance moves.

Former Spice Girl Melanie C. said that their routine was flawless, while F4 boy band member Vaness Wu commented that the brothers “made it look so easy”.

“I want to be a Velasco brother!” Wu declared.

On the other hand, Indonesian rock icon Anggun commented that the siblings’ performance “wasn’t a step up” from their audition piece.

According to Foster, the siblings’ latest routine now tells a story.

Composed of Moises, John, Noah, and Emmanuel, the Filipino dance group competed in “Pilipinas Got Talent” in 2010, but only finished as runner-up to rocker Jovit Baldovino.

Aside from the Velasco Brothers, other Filipinos competing in the semifinals round of AGT are Gerphil Geraldine Flores, El Gamma Penumbra, and New Junior System.

Check out the Velasco Brothers’ latest routine on AGT. 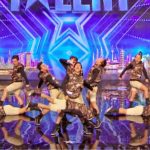 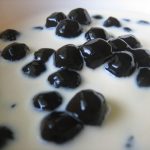