Just like from the movie “The Count of Monte Cristo“, where criminals are taken to an isolated island called Chateau D’If (a maximum security prison), ex-Senator Panfilo ‘Ping’ Lacson suggested that public officials accused of corruption be detained in a facility ‘exclusively’ for them.

Chateau D’If id – where Edmond Dantes of the popular movie “Count of Monte Cristo” was imprisoned.
Should we build one for our corrupt officials?
Photo Credit: vagabondquest.com

Accused officials, while the case is ‘on-going’, should be detained in the facility built on an island, and once they are convicted, should be transferred to regular prison.

He also suggested that the government form an anti-corruption team granted the authority to go after corrupt officials.  This special unit can work along with the Ombudsman, who then does the investigation and prosecution. 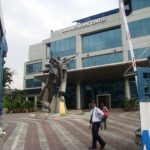 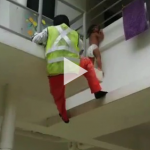