SINGAPORE- A mighty foreign worker hailed as hero after saving a two-year old girl whose head was stuck in between the rails of an external clothes-drying rack outside the service yard.

The worker was identified as Subramanian Shanmuganathan,who was then busy repairing the roads nearby when the incident happened at a second-floor public housing apartment on Thursday.

According to blogger Alvin Lim, a passerby lady who first saw the toddler clinging into the parapet yelled and screamed for help.Two men tried and failed to pull their way up.

Someone went upstairs to knock on the door but no-one responded, he added.

Commotion heats up until construction worker Shanmuganathan effortlessly climbed onto the ledge, saved and carried the crying toddler up. Another collegue of him went up stairs and assisted him on the second floor.

Singapore Civil Defense Force arrived after the little girl’s head was released and SCDF firefighters brought the little girl down to safety using a ladder, according to CNBC report.

At the award ceremony, Deputy Commander 4th SCDF Division LTC Michael Chua said he wanted to say a big thank you to Mr. Subramanian Shanmuganathan and his co-worker Ponnan Muthukumar.

MP for Jurong GRC Ang Wei Neng was also present to hand out the awards and tokens of appreciation.

Bravery acts like this regains human faith restoration. Like what Alvin said, “Singapore is built with the blood and sweat of these foreign workers who contributed silently to our progress.”

Beyond the bounds, it’s indeed parents’ failure leaving their child unattended. This may be a red flag to all parents to ensure that there’s should be a guardian to look after the kids.

Not every moment, hero comes in.Necessary steps are the key to keep family safe in the event of unfortunate condition.

Furthermore, Singapore police has yet to announce if they’ll pursue charges against parents. 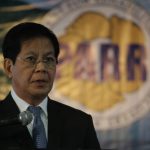 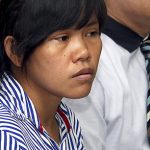