When Robert Durst, a 71-year-old son of a real estate aristocrat, was chosen to be the subject of HBO’s documentary “The Jinx”, he didn’t expect getting arrested for criminal charges he was acquitted of several years ago.

Durst was previously tagged in a series of crimes including the mysterious disappearance of his wife and medical student Kathleen McCormack in 1982, the murder of friend Susan Berman in 2000, and the death of neighbour Morris Black. Although he was acquitted for the killing of Black based on self-defense, he was never charged in connection with his wife’s disappearance and Berman’s murder.

So how exactly did Durst accidentally confess the “truth”?

While filming for the 6-part documentary, Durst was heard mumbling to himself in the restroom “What the hell did I do? Killed them all, of course.” His off-cam confession was apparently caught by the microphone he forgot to turn off.

The tycoon was arrested at a Marriott hotel in New Orleans on Saturday night, a day before the final episode of the HBO series was aired on television.

Currently charged with one count of first -degree murder, Durst may face death penalty once allegations against him are proven true.

Dick DeGuerin, Durst’s lawyer claimed that his client is not responsible for the murder of Berman.

“Bob Durst didn’t kill Susan Berman–he’s ready to end all the rumor and speculation and have a trial but we’re frustrated because the local authorities are considering filing charges on him here and holding him here.”

A New York Post report revealed that Durst has been estranged with his family for years. In fact, several members of his family have restraining orders against him. Recently, his brother Douglas announced that he is “relieved and grateful” that his brother will finally be held responsible for “all he has done”. 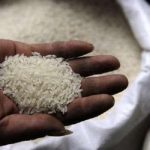 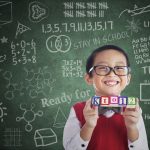