La Cage means “a cage of mad women”; folles means “effeminate homosexuals”, which was based on the 1973 French play of the same name by Jean Poiret, tells the story of a gay couple: Georges, the manager of a Saint Tropez nightclub that stages drag entertainment, and Albin, Georges’ romantic partner and star attraction at the nightclub. Georges and Albin’s farcical adventures ensue when the former’s son, Jean-Michel, brings home his fiancée’s ultra conservative parents to meet the young lad’s not-so-conventional family.

Literally meaning “the cage of mad women,” with folles being a slang term for effeminate homosexuals, La Cage Aux Folles shows the love story of Georges played by TV and film actor Michael de Mesa, owner of a popular nightclub in Saint-Tropez, and his life partner Albin played by veteran stage actor Audie Gemora, who is the club’s star attraction with the stage name Zaza. And the story focuses on a family issues of gender when Jean Michel played by Steven Silva wants to get married to girl whose parents is very conservative. They will hide their gay mecca from their adored son’s sexophobic future in-laws makes a persuasively undogmatic case for tolerance. The story is good and has a deep values on how to resolve conflicts within family.

The Set Design/Sound and Music

Set against the backdrop of the ‘70’s and the French Riviera, a time when the gay revolution was high and nigh. From the concept of  a gay mecca where the design of a bar is realistic even their own personalities vary the mood of the settings. The set design which includes lights and sounds. Light design is really great, it adds a lot of emotions suited for each scene. Sounds is also a huge factor of building up such emotions in this musical play. La Cage is a celebration of love for oneself, accepting who we are, quirks and all, as encapsulated in La Cage Aux Folles’ most popular song, “I Am What I Am,” covered by the likes of Shirley Bassey and Gloria Gaynor, which eventually went on to top the UK charts.

The costumes deserve a separate item, as they are the collaboration of scenic and costume designer Mio Infante and the Fashion Designers Association of the Philippines. Among the famed designers whose creations you’ll see onstage are John Abul, Danilo Franco, Gener Gozum, Edgar Madamba, Ole Morabe, Oscar Peralta, Lito Perez, Nholie Pilapil, Rholand Roxas, Edgar San Diego, and Fanny Serrano. The fabulous costumes they wear are truly the epitome of a story because it showcases the highlights of every scenes and even the personal characters of every casts.

1. Audie Gemora played as Albin/Zaza, a funny, endearing, and super fabulous-he delivered punchline after punchline in perfect comedic timing, complete with utterly believable facial expressions, tone of voice, and flamboyant movement from the tick of his fingers and flick of his wrist, to the way he sashays around the stage.

2. Michael de Mesa played as Georges-his acting inducing “kilig” moments being the manager of a gay mecca club and a lover to Zaza. He is sensitive, loving, and super sweet to Albin and his son Jean-Michel. He has had his fair share of memorable roles on stage.

3. Noel Rayos as Jacob the butler and Albin’s personal assistant-is one of my favorites in the musical and the cast. With every costume change, every sudden appearance onstage, his presence made a notable mark. His character is full of surprises and made audiences to keep an eye to every scenes. His way of comic acting made the story light and comfortable to watch.

4. The Les Cagelles-very hilarious and fabulous. Their characters have different views and opinions that showcase the reality of life with a various stories to tell. The punchlines made squeal with laughter, and every performance simply mesmerized the audience and captivated by the colorful and extravagant costumes they wear.

The musical sheds light on issues such as acceptance, gender equality, but triumphs more so in its universality. It’s a musical that speaks to everybody. At the core of its action are friendship, family, love, and how it can exist between two people regardless of sex, background, or ideology. said Direk Robbie Guevara

And everything’s sparkle dust
bugle beads, ostrich plums
when it’s a beaded lash
that you look through

In the process of digging deep into the character of Zaza, Albin’s frivolous, fabulous stage persona, and his ravishing 10-person corps de ballet otherwise known as Les Cagelles, opted to manifest the nostalgia and mystique of the drag shows of the 70’s and 80’s.

The story is really good with good values especially the values within the family an being a mother to a child. It also talks about gender issues in a different point of view. The story has moral values engaging the child to respect each parents’ identity and even respect one’s personality. It talks about morality and respecting each identity. It has a deeper understanding of who we are and what we are in and out of our family. 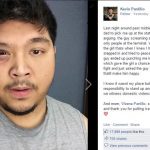 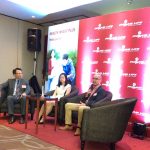