For a couple who struggled for years to conceive a baby, finally having one is truly the most amazing thing that could ever happen. But what if on the day the child was born, you are told the child is dead? What would you have done if you were in this couple’s shoes?

This is the story of David and Kate Ogg. After spending years trying to get pregnant, they were enthusiastic to discover Kate is finally with child. Their initial excitement soon turned double when they found out Kate is carrying twins!

But to their horror, at just 26 weeks, Kate was forced to give birth to the severely premature babies. Most women give birth at 38 weeks, so Kate was horrified with the situation.

When the babies were finally born, there was confusion as to their genders because they were too young to have fully developed organs. At first, they were told they had two boys but were soon told they were had one boy and one girl.

But the heartbreak was just starting. They were asked for the name of the boy – to which they answered “Jamie”. There was a moment of silence in the room; then the doctors gently told them they have to say goodbye to their son because he was already dead.

Horrified at this heartbreaking news but too shocked to immediately give up, Kate grabbed the baby from the doctor and cradled it close to her heart. She instructed her husband to take off his shirt and lie by her side so they can provide heat for the baby who was too cold and not moving at that point. It really was dead.

Crying their hearts out, the couple began talking with baby Jamie. They told him how he had a sister he should take care of. They told him about their family. They told him a lot of things about their life. They found a glimmer of hope when he moved but this was crushed by the midwives who told them Jamie was merely trying to say goodbye to them.

However, after seeing the miracle for themselves, the couple just would not let the pessimistic midwives get to them. They continued to hug the baby and speak words of love to him. And you know what? He lived! He was not just saying goodbye but was simply saying hello to his loving parents who refused to give up on him!

On retrospect, Kate said it really was the direct skin-to-skin contact that brought him back to life. Perhaps, he was also encouraged by his mother’s steady heartbeat. Maybe he just needed a little of time to get used to life outside the womb. Whatever the reason, the miracle truly touched their hearts.

Today, Jamie and his twin sister Emily are 5 years old. As active kids who loved to have fun with their younger brother, 4-year-old Charlie, you wouldn’t think their births came with some drama some 5 years ago. 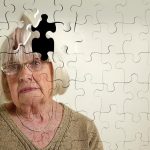 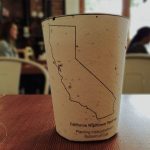