Shattering the misconception that pit bulls are fierce breeds that should never be allowed to stay stand close to kids, a 173-lb pit bull – one of the largest the world has ever seen! – is best friends with a 3-year-old boy.

The story of Hulk, the gigantic pit bull, took the world by storm after the video of him being weighed went viral on YouTube and across various news sites and social media.

The massive dog officially weighed 173.4 lbs. At 17 months old, he is just a young dog. Perhaps, it is his playful nature that made him fast friends with a 3-year-old boy named Jordan. Of course, Jordan is no ordinary boy. He’s been around dogs – mostly pit bulls – since birth as he is the son of Marlon and Lisa Grannan, the owners of Dark Dynasty K9s.

The family lives in a 150-acre home and kennel where they raise their son alongside 12 pit bulls and 1 chihuahua. No wonder Jordan is friends with these dogs.

But Pit Bulls are Monsters!

Well, there is this wrong notion that pit bulls are monsters; that they are bad creatures. Dark Dynasty K9s aims to make people understand that with proper training, these dogs can be gentle and well-disciplined. They can live in love and harmony with the people around them.

These dogs are not trained to kill; they are trained to be disciplined and loving to their owners. The friendship between Hulk and Jordan certainly proves this.

Hulk stands almost as tall as Lisa but is certainly almost twice her size. His massive paws, monstrous jaws, and heavy body make him scary yet Jordan readily runs to him, giggles with glee right by his side, and loves him unconditionally.

No. Pit bulls are not monsters. According to the Grannans, “There are no bad pets, just bad owners.”

The Grannans are met with criticism not just for “creating” Hulk but also for encouraging him to play with their child.

As breeders, they were accused of tampering with nature’s course so they can create a pit bull who would become a popular hit on the web.

As parents, they were criticized for not taking precautions to ensure Jordan’s safety. But who are we to say that they weren’t taking precautions? The Grannans defend their action, saying they know how well trained their dogs are and that Jordan is very knowledgeable about dogs.

Accidents could happen but the Grannans have faith in their dogs and their son. Hulk and Jordan remains the best of friends. They do not mind the negative publicity surrounding Hulk. 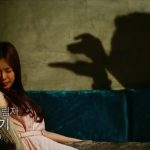 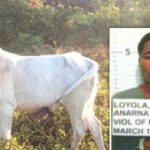