Caught not once but twice.

A man was arrested because he was caught in the act of raping a cow in Barangay Biga Dos, Silang, Cavite on Thursday morning. Andy Loyala, 46, was believed to be under the influence of drugs when he was seen raping the cow, which was initially reported by its owner, Rustico Carlo, as missing.

Police said that various drug paraphernalia were confiscated by the time he was captured. Investigation revealed that Loyola had allegedly raped a cow in nearby Alfonso town.

The suspect was sent into Silang Municipal Jail. The prisoner is facing charges of violating Republic Act 8485, as amended by RA 10631, otherwise known as the Animal Welfare Act.

The owner says the cow is likely to be pregnant. Thus to end the sneaking suspicion, the cow may undergo medical examination, Silang police reported. The white cow was not seen mating other cows prior to incident involving Loyola. 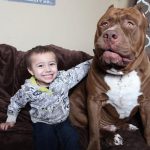 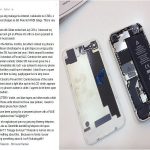