Have you ever wondered what’s life like for people living under the bridge?

In the Philippines, this situation is very common particularly in the Metro. Because of poverty, many people resort to building their shelters under the bridge. Undaunted by its harsh conditions, they manage to build their lives and dreams under the bridge.

Take for instance Cienna Igano, a girl who is living with her family under a bridge in Paco, Manila.

This year, Cienna will be graduating as her elementary school’s class valedictorian proving that poverty is not a hindrance to one’s success.

Despite not having an allowance and not being able to submit projects due to lack of resources, the pupil managed to consistently place as top 1 from Grade 2 to Grade 6.

I don’t have an allowance when I go to school. I can’t submit all projects. This is why sometimes my grades get low.

For Cienna, education can improve her family’s economic status.

I want to improve the lives of my parents. They have been poor since I was a child.

In the same report by 24 Oras, it was revealed that poverty is one of the main obstructions to finishing elementary and high school education in the Philippines. About 4.6% of marginalised children fail to finish their studies, while 0.7% of kids coming from rich families stop their studies.

Currently, there are about 1.5 million out-of-school youths in the country.

The Philippines ranked fifth among the countries with the most number of out-of-school youths, according to a 2013 study conducted by The United Nations Educational, Scientific and Cultural Organization. 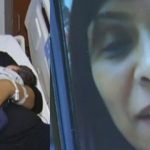 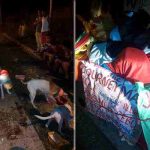