Let’s have a throwback on the famous child wonders of the past. Before there were child stars like Ryzza Mae Dizon, Xyriel Manabat, Jana Agoncillo and Zaijan Jaranilla, there were child wonders like Aiza Seguerra, Angelica Panganiban, Camille Prats, Agatha Tapan, RR Hererra and Serena Dalrymple to name a few. It was fortunate for Aiza, Camille and Angelica to still be in the limelight until now, but how about the others?

Let’s find out what happened to these former child wonders…

RR who is most famous as “Junjun” as Vilma Santos’ son in a movie has graduated from the Ateneo de Manila University and is now a Training Facilitator and Business Consultant at Trainstation. He also has a son.

Chantal, most famous for the “Dear Diary” hotdog commercial and one of the leads in T.G.I.S. is now a yoga advocate and happily married. She also has a cute daughter.

Best known as “Cedie”, Tom Taus is now based in the United States is a DJ.

The “That’s My Boy” winner who swept everyone with his dance moves, Claude Goyong has already graduated from the University of Santo Tomas. His Facebook profile says that he worked for The Krusty Krab.

Also known as “Tolits” from the detergent commercial and one of the mainstays in Eat Bulaga!, BJ is still active in showbiz appearing once in a while on TV5 shows and in Maalala Mo Kaya.

Agatha was famous for her roles in the telenovelas “Trudis Liit” and “Mara Clara”.  She was the child-villain during her time. She graduated at the De la Salle University- Dasmarinas, worked for ANC and recently appeared in “Be Careful with My Heart” in 2013. Currently, she is an active Sunday School Teacher at their Church.

“Isa pa, isa pang Chickenjoy!”, the line that Serena made famous during her time. She became one of the main child stars of ABS-CBN appearing in many TV shows including “Oki Doki Dok”. Serena completed her post graduate studies at Hult International Business School in 2014. 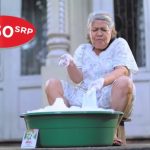 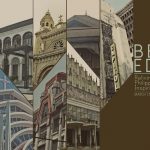