“Welcome to the HIV world” were the strange words a young student saw from a note stuck to her arm while walking in Recto. It was no ordinary note because it carried warning bells – plus, it was strung around a syringe plunged into the student’s arm!

We are still trying to verify the veracity of this story but it has since gone viral on various social media platforms; aside from the story shared by a certain Jerremiah Kriziah Bataller on Facebook, “Welcome to the HIV” also became trending on Twitter [Philippines]. Blogs such as XOLXOL also shared this story.

So, what happened to the student?

In Bataller’s post, she shared how an AMV student went to Recto to buy some books. This is quite a common occurrence because the place is known for being a good spot for buying cheap books and other cheap stuff.

While walking in Recto, the student [not named in the post] allegedly felt her arm grew a bit heavy though the story did not mention she felt the syringe prick her skin. It puzzled her to find the note stuck to the syringe.

Judging from her actions in the story posted by Bataller, this is one level-headed student who did not immediately freak out upon reading the note. She even thought the note was made by a prankster; though she later took an HIV diagnostic test just to check whether the note was really just a prank. Sadly, the story does not end well because the student discovered she really was infected with HIV.

Some things are off in the story

As mentioned above, we are still trying to verify whether this story is true – because if it was true, then it is important for the police to find the culprit as soon as possible lest he/she would try this trick on another person again.

Also, the culprit must pay for his/her crime.

Now, we also see that some things are off in this story. For example, when the student was pricked by the needle in Recto, she felt her “arm grow a little heavier”, the story claimed, but did not feel the needle prick her skin? I would think that in cases when a syringe is plunged into your arm, you first feel the sting before feeling your arm grow heavier!

Moreover, the story claimed that the student immediately had herself tested and it came out positive. In reality, a person infected with HIV may test negative in the first few weeks of infection. It takes a couple of weeks before the virus shows up in even the most sensitive laboratory tests.

The reality of HIV/AIDS

Now, whether the story is real or just a hoax, we have no way of knowing until somebody comes out and reveal it was just made up. However, the reality of HIV/AIDS is very tangible these days.

In the news, at least 500 new cases of HIV/AIDS have been recorded every quarter in recent years. This is very alarming considering how easy it could be for these people to spread the virus around – via blood samples such as those detailed in the story or through the exchange of body fluids [you know what I mean!].

HIV/AIDS is a very serious matter. The story above might be a hoax but HIV is real. We could all just laugh at this story and say it is just a product of a writer’s wild imagination yet it might also be real! Also, it is possible to be infected by the virus in today’s modern youth culture.

So, whether the story is true or not, here’s a word of advice from us: ALWAYS BE CAREFUL. 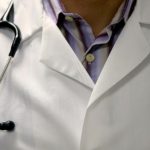