President Benigno Aquino III visited for the second time the families of slain SAF troops in Mamasapano clash in Maguindanao on January 25 in Philippine National Police headquarters this Wednesday. Appearing to be his unsurprised visit, bereaved families allegedly heard PNoy scolded them.

The visit was not on President’s itinerary. Palace cleared that the head of the state was there to ensure the government is providing its commitments and assistance by concerned agencies to the bereaved families.

A relative of one of the families told broadcaster Anthony Taberna of DZMM that during the seven-hour meeting, one-on-one talks turned into an open forum where families repeatedly trying to get answers how the government will bring justice to their slain loved ones.

President reiterated it was not easy to provide military reinforcement as he likened request fire support to just texting friend for meet up.

The comment, according to Taberna, angered the families who criticized slow pace of investigations.

The Palace admitted no heated exchange occured between Aquino and the bereaved families.

He added that the meeting paved the way for Aquino to explain what he knew happened during the encounter in Mamasapano.

The assistance provided includes employment, education, housing, health, and livelihood, and the monetary assistance from the President’s Social Fund.

Aquino and the relatives of the fallen troops had their first meeting on January 30 at Camp Bagong Diwa, Taguig City. During the gathering, bereaved families opened about their requests for assistance. 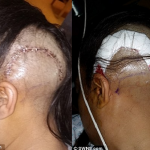 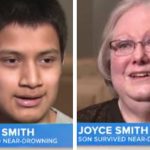