Days before Papal visit, an obra painting featuring Pope Francis with stars such as Marian Rivera, Vilma Santos, and Kris Aquino is circling around Facebook.

The image was posted on Rivera’s official Facebook page on Saturday.

The motivational visual artist Dante Hipolita is the man behind this artistic creation. The painting is titled “Salubong”. A distinct style of vibrant rural realism, it follows Pope Francis’ didactic intentions, as what the photo caption says.

In the 29″x24″ oil on canvas painting, aside from Pope, Rivera, Santos, and Aquino, the impressive art higlights dominant and well known celebrities like Dingdong Dantes, Coco Martin, Senator Grace Poe and Gary Valenciano, who are all costumed as country people in the festive welcome.

People can take a sight of Salubong as it will be displayed at ARTIleadoff 2015 group show from January 25 to February 20 at Galeria de las Islas of the Silahis Center, Luna St. Intramuros, Manila. 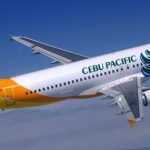 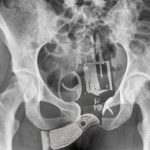