The report revealed that hundreds of children, some as young as five, were put behind filthy bars alongside adult criminals by officials to conceal the true state of the city from Pope Francis.

Reportedly, the children slept on concrete floors, while some were starved and chained to posts. Because the children were locked up with older inmates, they were also subjected to abuse.

One of the photos showed a 13-year-old girl named Angel chained to a pillar in RAC detention centre.

Another street child, Mak-Mak, was allegedly taken from the slums three weeks ago and sent to a “concrete pen” named House of Hope in Paranaque.

The head of the Department of Social Welfare and Development (DSWD) in Pasay, Rosalinda Orobia, reportedly confirmed that they are keeping street children for weeks in locations where Pope Francis will visit.

Orobia apparently said they are “tidying up the streets” and preventing beggar syndicates from taking advantage of the Pontiff based on a report by Manila Standard newspaper. She added that they conduct rescue operations of homeless children on a weekly basis and that they provide shelter and livelihood programs.

Meanwhile, the DSWD has denied the claim of Mail Online that street children are being kept behind bars in preparation for the Papal visit.

According to DSWD Secretary Dinky Soliman, they don’t tolerate such practice. Instead they imprison child offenders and abusers.

In addition, Soliman explained that the photos used in the report were taken from Manila Reception Action Center, a facility that’s already in the process of being being shut down.

Another photo used in the article was that of a malnourished child named “Frederico”. Soliman said that the child is already under the custody of an NGO and has already gained weight. The DSWD was also able to track Frederico’s mother and is currently doing case work management with her.

“We are not hiding the children. In fact, more than 400 street children will be singing during the send-off for Pope Francis on Monday. They have been practicing since December. The Pope will see and interact with them,” Soliman stressed. 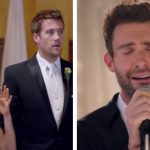 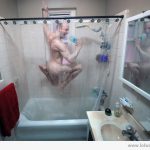