With many religions across the world denouncing Islam for its connections with many terrorist groups and violence, Pope Francis has yet again surprised us with an answer that was characteristic of him as a fair, wonderful person.

Instead of denouncing Islam, the pope wants the two religions (Christianity and Islam) to be friends. Incidentally, these two are the largest of the world’s religions! According to a report in 2012 on the Wikipedia, 31.5% of the world’s population practice Christianity while 23.2% practice Islam.

So, by hoping for these two religions to be friends, the pope is spiritually uniting 54.7% of the world.

Ever since he was chosen as pope, the pontiff has shocked the world with his pronouncements and actions. There are just too many things that Pope Francis has done differently than the others before him – with many different from those by the popular Pope John Paul II.

Here are some of the other things Pope Francis did differently

The pope’s recent announcement is actually not his first regarding Christianity and Islam. At the end of the Ramadan in 2013, he called for cooperation between Muslims and Christians, saying both actually worship the same God though He might be called in a different name.

Unlike Catholic priests and religious officials, Pope Francis believes it is not right for Christians to judge gay people for their sexual orientation.

When a young boy ran onstage to hug him during the Year of Faith Celebrations, the pontiff did not ask someone to get him off the stage.

He also has a big heart for homeless people…he invited some for his birthday dinner:

…and auctioned his motorcycle for the benefit of the homeless! 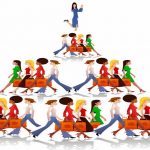 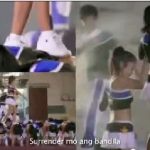