A  certain Vietnamese tourist’s dream of giving his girlfriend an iPhone 6 has turned into a nightmare.

In a report published in Lianhe Zaobao on November 4, Banh, a Vietnamese tourist who was in Singapore for vacation, wanted to give his girlfriend an iPhone 6 as a birthday present.

Banh decided to purchase the Apple smartphone from Mobile Air, a shop in Sim Lim Square. He was billed $950 for the gadget which he immediately paid in cash without even examining the papers that came with it.

When he was about to leave the shop, Mobile Air staff offered warranty packages for the smarphone: a one-year warranty and a two-year warranty.

With only a monthly income of $200, Banh definitely couldn’t afford the additional charge Mobile Air staff was asking, so he went down on his knees to beg for a refund.

In the 20-second video posted in Stomp, Banh can be seen crying and pleading to the shopkeeper. When asked how he was going to pay for it, Banh can be heard saying: “I don’t know. I borrowed (from) my friend, so I want to give (it) back to my friend, you know?”

According to the report, the staff members just laughed at Banh’s plea.

The staff gave him an initial offer of $600-refund with the condition that they will not call the police. However, Banh’s girlfriend did not accept their offer and called the police.

Mobile air showed the police the signed invoice and suggested a refund of $70.

CASE officers later on arrived to resolve the situation. In the end, Banh got a refund of $400 which he accepted since he needed to return to Vietnam in two days. Moreover, he wasn’t sure if the situation will be settled by the CASE officers.

Not The First Case

Between July and September, Mobile Air has received 14 complaints from customers who were asked to pay additional fees for the insurance policies of the mobile phones they bought.

Last month, Mobile Air was involved in a controversy after they refunded a woman $1,010 in coins. Ms. Zhou, the customer, claimed that the staff threw a bag of coins weighing 18kg and forced her to count the coins on the floor. 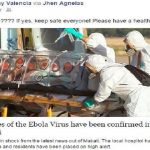 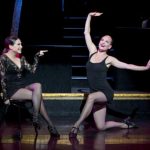