This was what McDonald’s customer Susan Longuinsa told the police after finding a live worm fall out from a cheeseburger she ordered from the fast food giant.

On Friday, November 14, Longuinsa went to San Pedro Police Station to file a report about the incident.  According to the complainant, she already ate half of the cheeseburger when she saw something fall out from the food.

Loguinsa is worried that the unexpected ingredient might cause sickness.

Meanwhile, the report involving McDonald’s Bajada was already entrusted to Davao City Health Office and the Bureau of Food and Drugs for further investigation.

Already aware of the alleged incident, the franchise is yet to release a statement about the issue.

Last month, McDonald’s dispelled rumours about the use of worm meat for its burgers. To answer the controversial issue, the food company invited an external camera crew inside their factories to show how McDonald’s burgers are made.

McDonald’s admitted in its website that it used “pink slime” in its burgers but has stopped its use in 2011. In addition, azodicarbonamide (ADA), a chemical used for nonfood products such as yoga mats, is one of the ingredients of its burger buns and rolls.

The fast food chain also disclosed that they use cattles treated with growth hormones as the primary beef source of burgers. 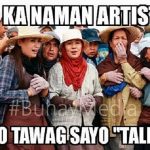 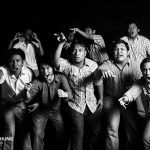