Employment in the business process outsourcing (BPO) industry in the Philippines hit an all-time high in August, following a decade of phenomenal growth that has seen revenues and employment expand ten-fold since 2004.

The expansion of a number of companies will continue to drive growth in the BPO sector, after employment recently hit the 1m milestone, rising from 930,000 in first quarter of 2014 and from 101,000 in 2004, said the IT and Business Process Association of the Philippines (IBPAP) in August. IBPAP’s CEO, Jose Mari Mercado, told local media that the 2014 target of 1.04m would likely have been reached when end-September figures were published.

With the country a well-established global leader in BPO, other nations are feeling the impact. India, in particular, has seen its share of BPO activity eroded in the wake of unprecedented growth in the Philippines. However, with the global BPO industry potentially shifting away from pure voice services towards a multi-channel delivery model, technological innovation has joined human resources gaps and churn rates as a challenge to the long-term growth prospects.

The BPO sector is a major growth industry in the Philippines, expanding by an average of 20% annually. Although it accounted for just 2% of total employment in 2012, the run-off effects of the industry have had a positive impact on the real estate, telecoms and retail sectors. Export revenues from BPO have increased ten-fold over the past decade, growing from $1.3bn in 2004 to $13.3bn in 2013. IBPAP estimates the sector generated $15bn in total revenues last year, and expects that figure to reach $18bn in 2014 and $25bn in 2016.

The government has been a key promoter of the industry over the past decade. The Philippine Development Plan, which runs from 2011 to 2016, has highlighted BPO as one of 10 high-potential and priority development areas. The Training for Work Scholarship Programme enabled the IT industry to provide training for BPO applicants, while investors are afforded a number of benefits including tax holidays, tax exemptions on imported capital equipment, simplified export and import procedures, and freedom to employ foreign nationals.

As a result of its expansion strategy, the Philippines has become a major rival to India, the world’s global BPO leader. In 2013 the Associated Chambers of Commerce and Industry of India (Assocham) announced that India had lost over 50% of BPO industry to foreign competitors, with the job migration costing India about $25bn. The majority of lost business relocated to the Philippines, where an estimated 30% of graduates are employable, compared to just 10% in India. Graduates’ fluency in English, and their Western accents, have added to the country’s draw, and most of the world’s larger providers of BPO services have call centres in the Philippines, including Accenture and Convergys, which together employ over 60,000 people, as well as Teleperformance, Teletech, Stream and Sykes.

A ranking of the top 100 BPO destinations, published by consultancy Tholons in 2014, listed Manila as the second-most-important BPO destination worldwide, pushing Mumbai to third place. Although India’s southern city of Bangalore remains the top BPO destination, Philippine cities are rising. Seven Philippine cities made Tholons’ top 100 list, including two in the top 10, with Cebu ranked eighth. In a joint report with KPMG, India’s Assocham has projected that as much as 70% of incremental call centre and voice business will be lost to foreign competitors.

“It is estimated that in the ongoing decade, India might lose $30bn in terms of foreign exchange earnings to the Philippines, which has become the top destination for Indian investors,” said Assocham secretary general D S Rawat, quoted in Indian media.

While this has given the Philippines’ BPO industry a positive long-term forecast, challenges remain. Aegis recently relocated 600 call centre positions from the Philippines to India due to Indian workers’ success in sales and upselling, a technique whereby a seller induces the customer to purchase more expensive items or upgrades. The Philippines’ BPO industry also struggles with a staffing gap. The Commission on Higher Education estimated that BPO jobs created in 2012 – around 137,000 – represented more than 25% of graduating college students. In addition, the challenges of stressful, late-night work have resulted in a churn rate of over 50%, while high levels of emigration have exacerbated issues with workforce retention.

At the same time, the industry is increasingly shifting from pure voice services to multi-channel offerings, which combine voice, email and online chat services, using sophisticated delivery models such as Platform BPO and the cloud-based Business Process as a Service (BPaaS). With pure voice services accounting for 62% of total BPO revenues in the Philippines in 2013, stakeholders have called for the industry to increase its technological uptake in order to maintain a competitive edge. 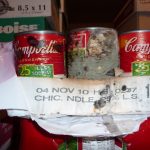