Actors live in a glitzy world where they are looked upon by many people – fans who wish they could be just like their favorite stars and earn millions of dollars. But did you know that being an actor is also a very dangerous job? We’ve rounded up some reasons why this is so.

Let’s face it. For the actors to play a realistic role, they must do some stunts on their own – or have a double do it for them. Either way, someone has to do the dirty job.

Of all the Hollywood actors, it is perhaps Jackie Chan who has suffered the most number of injuries on set. Everyone knows Jackie performs his own stunts, even the most dangerous ones that might require him to jump several feet to the ground while doing backflips or various karate actions.

We could not count how many times he figured in the news for having broken various parts of his body while performing a stunt for an upcoming movie.

2. When Accidents Happen on the Set

While filming Django Unchained, there was a scene where Calvin Candie (played by Leonardo DiCaprio) smashes a glass table in anger. Apparently, the glass table had broken in reality but the movie director hadn’t intended for this scene to happen.

Leonardo’s hands were bleeding from the wounds he sustained from the broken table shards yet continued to film the scene, now made more realistic by the real wounds and blood. When the scene was finally done, the crew had reportedly given him a standing ovation.

At the height of Robin Padilla’s career, he was known as the “Bad Boy” both in the movies and in real life. He even had a stint in jail for carrying a gun without a license. Was this because he was trying to project the role of a “Bad Boy” so much that he had really become one in reality?

The same goes for Baron Geisler. He’s been taking on roles as the evil villain, something that might have also influenced his outlook in life.

These two are not the only examples of this reality happening to actors. So, is this part and parcel of their job? Possibly.

With so many actors trying to compete for the same role (yep! that happens), many would go to great lengths so they would be considered for the job. Once they land the role, they try their best to make the role as realistic as possible. Versatile actors such as Johnny Depp can internalize the role so much that it would be hard to imagine, for example, a Jack Sparrow not played by Johnny.

There are those who try too hard to meet role expectations, however. It makes you think they were either too desperate to sell their character or just plain crazy. While filming Fury, for example, Shia LaBeouf reportedly cut his cheeks several times to make his wounds more realistic. How realistic can a real wound really be? Aside from the cut cheeks, Shia also had one front tooth removed to truly make it realistically appear like he lost that tooth in battle.

Perhaps it is the ritzy lifestyle they are living or the pressure from having to do their jobs that drives many actors to abuse alcohol and drugs. After all, they do have the money to fund the addiction. How many celebrities have wasted their lives because of their addictions?

Of course, actors are not the only ones who are enticed by drugs and there are also many who have survived the glitzy living without resorting to drugs yet many are drawn to use drugs all the same.

Unless they only work in comedic films, actors have had to take on roles that require them to show raw emotion; be it guilt, anger, or sorrow. For them to have a fully realistic portrayal of these roles and characters, the actors often draw emotions from their experiences or imagine how they would feel if they had to be in their character’s shoes.

Some actors swear that living in the lives of the fictional character they are playing has somehow changed them – some for the better, but many for the worse, actually. Actress and playwright Deborah Margolin revealed how hard it really was to separate herself from the character she is playing. Thus, when the character cries, she also cries. When the character is angry, she is also angry. Though that was very effective in her career, it also led her to depression.

7. The Hazards of Living Up to the Role

Let’s not name names but how many comedians have fallen victim to this problem? As comedians, they are expected to be constantly happy, to always bring cheer to other people. Yet many of them have fallen to depression but have no one to share their problems with, because everyone else would think they are just joking and wouldn’t take them seriously.

Does that mean they might be living a double life? Possibly. On the outside, they look happy and content with their lives yet deep inside they could be hurting so bad that it brings them negative thoughts. Many have resorted to suicide to put an end to their pain. What a sad reality that could be.

Most actors play versatile roles. To go from one role to another, however, they might have to re-align and train themselves to the new role. The more they play different roles, the more they develop themselves to become great actors – especially if they are able to fully create a whole new character unlike those they had already played before.

For such actors, you can fully appreciate each and every character they play because even if these characters/roles are played by the same person, they are all different. Great, isn’t it? Yes! Great for the movie and for the moviegoers/fans, yet possibly bad for the actor.

You see, the more characters they create, the harder it becomes for them to understand themselves – their real self. They play so many different characters, internalize too many roles that, in the end, they can’t anymore differentiate themselves from these fictional personas.

9. They Don’t Get Rescued Because Others Believe They Are Acting

While filming an underwater magic scene for Now You See Me, something went horribly wrong with Isla Fisher’s chains. Stuck inside the aquarium-like structure filled with water, she struggled hard and was already drowning – yet everyone on the set thought she was merely acting so convincingly.

Thankfully, she had the presence of mind to hit the quick-release switch or it would have been too late for her. No one would have thought of trying to save her because they thought she was just acting like she was drowning.

10. Facing Danger to Film the Movie

For example, in Apocalypse Now, Martin Sheen and the rest of the movie’s cast had to film the movie in the jungles of Asia, including those in the Philippines and other third world countries. All coming from first world countries, many of the actors had fallen ill of various ailments they contracted in these tropical nations, including dysentery, pneumonia, and malaria. 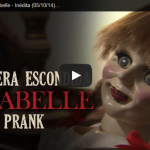 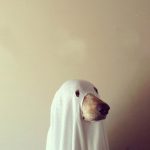