With barely a month left before his next match, The” Pound-for-Pound King” Manny Pacquiao is confident he will win the fight against undefeated boxer Chris Algieri.

“We are scheduled to fight for 12 rounds but that’s just too long. Six rounds (or less) will be enough.”

This may seem a little challenging for Pacquiao, who hasn’t knocked out anyone since his fight with Miguel Cotto in 2009.

But respected boxing trainer Joel Diaz thinks Algieri will have a difficult time beating the Filipino boxer. In his interview with The Boxing Voice, the trainer of former boxing champion Timothy Bradley said:

“Everything is possible. Every opponent has a chance. But I just think that Algieri has a very minimal chance against a guy that is fast, strong, and can hit with both hands,”

According to Diaz, Pacman is very unpredictable and the intensity he brings will “wear down” his opponent.

Diaz added that Algieri may need to change his tactics once he experiences Manny’s blows.

Algieri: “After I beat Manny, he can fight Floyd”

Meanwhile, the match’s underdog Algieri is also confident that he will win the fight.  The young boxer and aspiring doctor recently won a match against Russian Provodnikov which earned him an opportunity to face Pacquiao.

In his interview with New York Post, the native of Long Island New York said:

Moreover, the legendary promoter said there’s no guarantee that Pacman will win the title so he included a rematch clause in his contract in case Algieri wins.

As they say, everything can happen in a boxing match. While winning this match may seem easy for Pacquiao, Algieri’s chance of snatching the title isn’t far-fetched either.

One thing is for sure, the upcoming fight is a show not to miss.

What are your thoughts on Pacman’s next battle? Do you think the “Pound-for-pound” king can really knock down Algieri in six rounds? 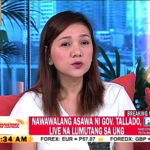 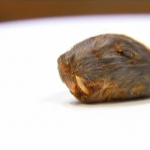