Last week, the whole nation was shocked with news of the murder of Jeffrey “Jennifer” Laude, a transgender woman.

Laude was found lifeless inside Celzone Lodge in Olongapo City on the night of October 11.

Her head was found “leaning” against the toilet bowl while her “lower body was partially covered with a color cream blanket.” She was severely beaten; bruises and blood clots were found on her scalp, chest, neck, legs and arms. They also found a cut on her tongue.

It was later confirmed via autopsy that Laude died of “asphyxia by drowning”.

A murder complaint against US Marine Pvt. 1st Class Joseph Scott Pemberton, the last person seen with Laude, was already filed on Wednesday, October 15. However, Pemberton is still under the custody of USS Peleliu in the Subic Bay free port and there is no guarantee that he will be turned over to Philippine authorities.

Laude: A Victim of Hate Crime?

The brutal killing of Laude is not just another murder case. According to an investigation report by the Olongapo police, the 26-year-old transgender is a victim of “hate crime”.

Mark Clarence Gelvir, the case’s witness, claimed that he and Laude left Ambyanz disco bar with “a white male foreigner” identified as Pemberton on the night of her killing. He even accompanied them to check in at the motel.

Laude even warned Gelvir to leave immediately “before the suspect [could] discover that they are gays.”

In the investigation report, they concluded that Pemberton “passionately check in (sic) transgender Jeffrey Laude y Serdoncillo at Celzone Lodge for sex service.”

Two used condoms were found near the trash bin indicating that the two engaged in sexual act before the killing.

However, the suspect supposedly murdered Laude after discovering the latter’s real gender.

In his statement, Suselbeck condemned the Philippines for its ongoing discrimination against different groups. He also urged Filipinos to “listen to gender protests and open their eyes to see what is happening around them”.

“No wonder the monster soldier did think he would get away with it. You show him that every day. Your society does. How should a foreigner respect people like Jennifer if your own society doesn’t?”

Laude and Suselbeck, who became engaged in 2012, were supposed to get married next year in Thailand.

In his interview with ANC News, Suselbeck supported the hate crime theory of the case.

“You cannot kill someone in the most degrading possible way if you don’t hate them,” he said.

The German national vowed to ensure that justice will be served to Laude.

Despite the unfortunate fate of Laude, many hate posts against him surfaced online.

On Friday, October 17, Kapederasyon spokesperson Corky Hope Marañan said: We are deeply disturbed with the negative comments online reeking with hate, homophobia, and transphobia. Many posts blame Jennifer for her own murder and even condone hate crimes”

Marañan said some netizens are blaming Laude for his own death. His being transgender, according to some, was the cause of his own death. Some even criticised Laude for being a “flirt” and deceiving Pemberton to have sex with him.

“These outbursts of discrimination shows how hostile some sections of the Philippine society can be towards people with different gender,” Marañan stated.

Furthermore, the LGBT (lesbian, gay, bisexual and transgender) supporter urged Filipinos to educate themselves more about the issue. 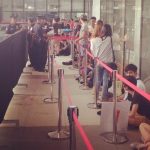 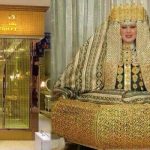