After two successful strings of frightening “Insidious” movies , Columbia Pictures have now discharged its latest chapter of the said series. Entitled “Insidious: Chapter 3”, the main casts who will try to spook us this time are Dermot Mulroney, Stefanie Scott, Lin Shaye, Leigh Whannell and Angus Sampson.

Insidious Chapter 3 was said to be using a different method of scaring us to death. Here, they effectively used bloodcurdling images and terrifying sounds to escalate our fear level. Although it makes the movie quite predictable, we still can’t help but to jump out of our seats the moment these kind of antics appear in front of our screens.. By the way, “The Conjuring” did a different scheme of scaring us by making the audience spill out their drinks as they unleash creepy noises pounding all throughout the duration of the movie. You can now have the chance to choose which among these schemes looks more effective, provided that you have already seen the two movies..

The previous stories were centered on the perceptibly disturbing Lambert clan. Elise Rainer (Lin Shaye) unwilling to use her innate psychic ability was then forced to make contact with the dead in order to aid a teenage lass ( Stefanie Scott ) who has been marked by a certain powerful and perilous supernatural being.

The major concern about Insidious: Chapter 3 is it’s inability to come out on a more appropriate season such as this coming Halloween period. The movie is expected to be shown in the Philippines on May 2015. It’s forbiddingly burly status as one of the hottest horror series today might be enough to compensate for its late release nevertheless.

You can watch the trailer here. 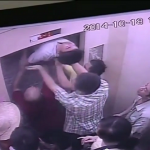 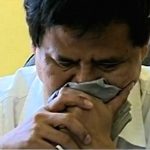