Once there was a female zebra in a zoo in Black Sea peninsula of Crimea who was not able to mate for a very long time. Being so lonely and uncomfortable in her pen, zoologists  advised its keepers to move her in with other hooved animals and she really seemed to get too close with a male donkey. Until their love for each other bore them a very unusual offspring.

The keepers at the Taigan zoo park in southern Crimea named the latest member of the zoo family Telegraph after a local newspaper which recently celebrated its fifth anniversary.

Cross-breeding between zebras and other members of the equine family are very rare. These hybrids go by other terms such as zebroid, zedonk, zorse, zebra mule, and zebrule.

Telegraph’s  head and body is of a donkey, while his legs have the characteristic black stripes of a zebra.

According to Anna Kachurovskaya, a spokeswoman for Moscow Zoo, “Such things don’t happen in civilised zoos, but can occur at private zoos or on farms.” She also added, “This sort of marketing is not justified or scientific… zoos are for preserving wild species, that is one of their most important goals.”

Zoo director Oleg Zubkov told the reporters that Telegraph is very popular with visitors. They love this zonkey especially when they see him romping around with his mother. 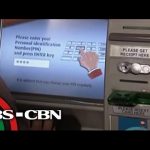 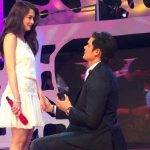