MANILA – Recently, banking clients of Bank of the Philippine Islands (BPI) were warned over an alleged ‘scam’ regarding illegitimate withdrawals from the bank’s automated teller machines (ATM) in Sucat, Paranaque.

One of the bank’s client named “Robert,” (not his real name), as reported by the ABS-CBN, is one of the victims of the said ‘scam.’ He said in an interview that P80,000 were withdrawn from his account in separate transactions on July 27 and July 28.

He said, “It’s impossible for me to withdraw P80,000 over the weekend because my ATM was with me.”

According to the bank data, four withdrawals were made from his account. One amounting P10,015 in an RCBC ATM branch and another in a Metrobank ATM branch in Super 8 grocery in Sta. Rosa, Laguna on July 27. On July 28 early morning, two more withdrawals of P20,000 each were made from Metrobank ATM Super 8 grocery in Sta. Rosa and in BPI Imus, Cavite at around 12:35 a.m

The alleged ‘scam’ did not ended here. Another victim named “Myra” (not her real name), said she lost P100,000 from her bank account on August 2.

In Myra’s case, six withdrawals were made from her bank account in ATMs located in Quezon City and in Subic, Zambales.

Because of this, several victims of the so-called scam rose to surface after Robert and Myra’s testimonies. Most victims were depositors of BPI ATM branches in BF Homes Aguirre and President’s Avenue.

“I had about six to seven people who shared the same thing,” said Robert.

Accordingly, BPI returned Robert’s money and had also vowed to return full Myra’s lost money. The alleged ‘scams’ were admitted by the BPI saying that it received numerous reports regarding  the “abnormal transactions on a specific BPI ATM.”

Consequently, the bank urges its customers to report any kind of dubious incident.

The bank released a statement saying “BPI immediately investigated the matter after receiving the reports. The account of the affected client has been fully rectified and the amount reimbursed upon confirmation of the incident … BPI remains committed to the security of the accounts entrusted to us, and we would like to assure the public that our ATMs are equipped with security systems which we constantly upgrade with the latest available technological enhancements. Nevertheless, we know that there will always be attempts to break through these systems, and that phishing, skimming and similar criminal acts have become an industry-wide concern. We urge the public to be very vigilant and immediately report such incidents to us.”

Here’s the video of the report: 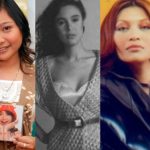 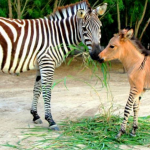