What is the truth of the story? That breakups do happen? That men cheat?

Whatever those reasons are, there are always lesson to learn from every break-up. Men or women, moving on is one of those things you don’t know how to do until you actually go through it yourself. Everyone moves on differently and you’ll learn how to do it when you go through a breakup. And as hard as it may be, it will happen eventually. And when it does, it will feel amazing!

“The Last 5 Years” revolves around Jamie Wellerstein (performed by Joaquin Valdez), a struggling writer, and equally struggling actor Cathy Hyatt (performed by Nikki Gil). Jamie and Cathy fall in love and build a life together, but somewhere along the way the relationship falls apart. The two characters reminisce two different time lines: Cathy starts from the time Jaime left, going back to their first date, while Jamie takes the time when they first met up to the time when he left Cathy. As Jaime climbs his way up as a novelist, Cathy is struggling to find the perfect opportunity for her. As their roads cross at one point, they took different turns, leading their marriage to collapse.

It sounds like every other love story, but “The Last 5 Years,” written by composer-lyricist Jason Robert Brown with heart-wrenching music and an inventive storyline, has made Jamie and Cathy one of today’s most famous fictional couples. Their story is remarkable because of the way it is told—Jamie starts from the beginning of their relationship, while Cathy backtracks from the end.

Here are the 5 Important lessons you will learn upon watching the musical “The Last Five Years”:

relationship involves two people. I used to put all the responsibility on myself whenever something would go wrong. When her actions would hurt me, I’d think about myself and what I could have done better. In the end, I stayed in that relationship way too long.

1. Breakups, though painful and terrible, will pass.

Given enough time they will even become funny and one day they will be great fodder for a column on breaking up. Letting go the right way will prepare you for all of the love and positive experiences that await you. The pain does go away even though it seems so hard to believe in the beginning.

Just like what Nikki have shared to us during the Q&A for the press night, “It’s gonna hurt, it’s gonna be painful, the days will gonna feel so long, it’ll feel like you cannot see the light at the end of the tunnel, but it will end. Cathy can look back in a few months or years, and Cathy can’t even imagine that she was that broken.”

2. Everything is temporary — change is constant.

We’re constantly told that you can’t change someone who doesn’t want to be changed… but most of us don’t believe that statement unless we learn it for ourselves. When something in our lives drastically changes, it can feel very uncomfortable. But, when we’re able to understand and accept that change is inevitable, we become better at adapting accordingly.

3. Don’t blame anyone for your fault. Learn to accept.

We can’t always blame the ex – sometimes, relationships end because we’re doing something wrong. If your BF/GF dumped you, seriously think about why. Were you treating him the wrong way? Did you betray him? If you feel that the breakup is your fault, learn from your mistakes and take that breakup as lesson on what not to do in the future.

Simple enough to say, but I know plenty of women will talk about some guy who was an insensitive jackass to her after the relationship fell apart. The fact is: If a guy is profoundly obnoxious or terrible after a breakup, it is just testament to how rough the breakup was on him. Some people simply cope by lashing out.

5. You don’t need to have a justification for breaking up.

Things happen for a reason. Just wanting to break up is enough of a reason to go.

“The Last 5 Years” runs every weekend, starting August 9 until August 31 at the CPR Auditorium in RCBC Plaza, Makati. Robbie Guevara will direct. 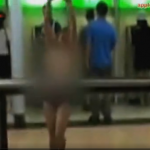 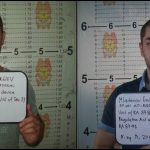