Fans and first timers have been clamoring for tickets a month into PETA’s “Rak of Aegis” rerun, what with it’s cleverly arranged music and timely social commentary. Lots of surprises are in store for those who have yet to watch Rak; these are just some of the things to look out for. But whether you’re Venizia veteran or virgin, you’re sure to appreciate these top six insider trivia that will have you saying “O for Owesome!”

Jewel’s shoe ideas are as crazy as his outifits, but as he himself says, “look again!” It may seem silly at first, but the famous stileptos and sapatsinelas are designer! All shoes from the show, including the dangerously glam high heels of the curtain call are designed by shoe designer Maco Custodio who is a trained shoe engineer with a degree in Industrial Design from University of Sto Tomas.

2. No need to worry for Moses, the Baha Jos is clean

You’d want to drink Baha Jos too, if you knew what it was. Ensemble member Carlon Matobato has no problems so far, downing the infamous Baha Jos straight from the flood water. Even Quezon City mayor Herbert Bautista, and singer David Pomeranz has taken sips from when they watched the show! So what is Baha Jos made of? Several Venizian copyrights forbid us from revealing the secret ingredient, but aling Mercy hints she stirs it herself.

3.The Cast frequents the lobby more than you’d think

Steal a quick bathroom break in between the shows, and you’d be surprised to find that scattered around the lobby, are cast members in costume, waiting for their cue. Catch various Venizians loitering at the merchandise table goofing off with the front-of-house, glimpse at a surprisingly calm Kenny, picking at food from the stalls in the multi-purpose hall, or Kiel making light chitchat with the ushers, just minutes before belting out the rock ballads we’ve come to know and love.

4. The truth about the flood water

With a great set, comes great responsibility. Several problems have been raised with adding a real flood to the set of Rak, specifically, the mosquito problem. You can rest and watch your shows in peace knowing that no matter how dirty the water looks, it is treated with chlorine to make sure mosquitoes do not infest the waters and subsequently, affect your viewing experience. The maintenance staff have even taken extra steps and planted a mini citronella garden (so that’s what that smell was!) to the side of the hall and regularly treat the theater with scent-free insecticide to prevent infestation.

5. Kenny does the voiceovers

Musical director and actor Myke Salomon is not just a singer, he’s a funnyman as well! His is the deep booming voice behind the announcements at the start of the show, and during the intermission, the one that reminds you not to sing with the cast lest you suffer the consequence: being dunked in the floodwater for “tin sikands”.

6. No two shows are the same

Countless Rak of Aegis fans have been known to watch more than once (the record’s at 9 paid tickets), that’s because every show holds a different surprise! For sure, the actors love performing just as much as you love watching them, as the material leaves plenty of room for funny one-liners and character improvisation. Kim Molina who alternates with Aicelle Santos for the role of Aileen, shares that director Maribel Legarda gives the actors the freedom to play with their characters and really make it their own. Needless to say, catching it a second (or third, or fourth, or fifth) time is highly encouraged! 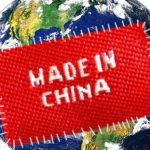 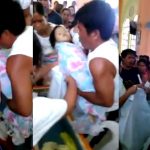