The San Antonio Spurs suddenly got emancipated from their nightmarish NBA Finals loss to the Miami Heat last year as they took this year’s Game 5 to assert a 4-1 series win against the former champion Miami Heat. The win was considered as a very sweet revenge for the Spurs because they have now defeated the same team who stole the championship away from them a year ago. Huge sighs of relief were seen on every Spurs players as well as Coach Greg Popovich and all the San Antonio fans out there.

The San Antonio Spurs managed to tame and cool the Miami Heat off for three straight games as they destroyed the Heat, 104-87. During the early parts of the game, it seemed like the Heat are in a very good shape to extend the series into six games but things went out of control as the Spurs managed to come back to the game and even built a double-digit advantage which ended up in a win.

Kawhi Leonard finished with 22 points and 8 rebounds. Patty Mills and Manu Ginobili played a marvelous game off the bench. The Spurs once again went ham on the rainbow country with Manu scoring 19 points on 3/6 behind the arc, while Mills scoring 17 points and went 5/8 from the arc. Tim Duncan 14 points and grabbed 8 rebounds. Meanwhile, LeBron James led the Heat once again, finishing with 31 points, 10 rebounds and 5 assists.

With the Miami Heat being the villain in this series (as they’ve have always been ever since the trio of James, Wade and Bosh was formed), another matchup between the so-called “Miami Heat vs. America” was formed which was exactly the same scenario when the Heat fought the Oklahoma City Thunders and the Dallas Mavericks a couple of years ago. As much as each of us (yeah, including me) hates the Heat, we still have to give them a lot of credit for being in the NBA Finals for four straight years and triumphantly got away with two NBA championships.

The so-called “King without an army” named Lebron James who averaged over 28 points, 10 rebounds, 4 assists, 2 steals & 55% FG and tallied 31 points, had 10 rebounds and five assists on game five was quick on his feet in giving the San Antonio Spurs the respect that they deserved. “That’s how team basketball should be played,” James told reporters. “You know, it’s selfless. Guys move, cut, pass, you’ve got a shot, you take it, but it’s all for the team and it’s never about the individual. That’s the brand of basketball. They were the much better team.” he added.

Now back to the San Antonio Spurs, the spotlights will be focused on them because of this big milestone no matter how boring or too fundamental they appear to be in the eyes of casual NBA viewers.

Here are some of the milestones that the San Antonio Spurs have achieved in this year’s playoffs:

• Tim Duncan now has 5 championships under his name and is currently tied with Kobe Bryant as the most winningest players in their era. However, it was Tim Duncan who is supposed to get a lot more recognition for his feats because of the mere fact that Kobe Bryant played with one of the most dominant centers in the NBA of all time – Shaquille O’Neal.

• The Spurs trio of Tim Duncan, Manu Ginobili and Tony Parker became the NBA’s most winningest trio with their 117th playoff win.

• During this series (2014 NBA Finals), the three-time finals MVP documented his 158th career playoff double double to pass Magic Johnson with the most in NBA history.

• The Spurs holds the record for the highest victory margin in NBA Finals history with 14 points and a half.

• Spurs’ Kawhi Leonard unsurprisingly won the Finals MVP with the Finals averages of 17.8 ppg, 6.4 rpg, shot 61% FG and 58% from three. He now ranks third among the youngest players ever to win the NBA finals MVP next only to Tim Duncan (2nd) and Magic Johnson (1st). 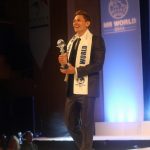 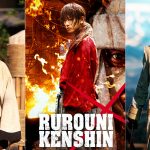