Thailand – Just about last month on May 20, Thailand’s military declared martial law on their country, rendering its officials and police powerless.

As soldiers assume control of everything, the protesters take on a strangely accustomed gesture of discontent: the three-fingered salute as seen famed by the Hunger Games heroine Katniss Everdeen.

As this kind of expression rises up, the temporary government definitely didn’t like the stigma it brings to the nation. In retaliation, they warned arresting groups of people who refuse to lower their arms in raising the defying gesture.

Whilst several Thai protesters say the certain gesture stand for liberty, brotherhood, and fraternity, which was France’s motto during the French revolution from 1789-1799, others claim that the salute stands for freedom, election, and democracy.

At most, it is a completely vague understatement that the real goal of the Thai military in pulling up a martial law is to bring peace to a country that’s incredibly divided along political lines.

“There is no concrete proof that the situation in Thailand is out of control to the extent that an enforcement of the martial law is essential. With the enforcement of martial law, the army is one step closer to taking over power completely from civilian administration,” he said in a statement.

Even so, an activist named Sombat Boongam-anong, bravely encourages the people of Thailand to use the salute in his Facebook page. He made a call to act telling fellow protesters to throw up the epic gesture in secluded public places where they won’t get arrested. He also stated that the salute be made at least three times a day, at 9 AM, 1 PM, and 5 PM.

Moreover, he added that they raise their right arm 30 seconds straight so as to show their support. 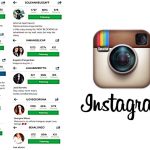 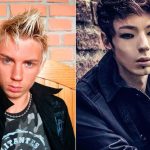