Music streaming service Spinnr put an empty box  in the middle of the mall daring a hundred people passing to take a leap of faith which can lead to plenty of surprises. This is just a simple drop box asking for a minimum of 600 pesos but it’s still not easy since 600 pesos is still a big money. It’s larger than one 500-peso bill, but smaller than one 1000-peso bill. That extra P100 bill reflects the need for thinking twice about dropping the amount, and really shows how the person dared to take a leap of faith with Spinnr.

To answer the questions of people who have seen the video and asked, “Why P600?” P600 is how much a year-long Spinnr VIP unlimited music subscription costs, one of the cheapest deals around. SpinnrExperience is about getting so much more for just a small amount.

When a brave soul took the risk and dropped P600, she got various gadgets like an iPad, iPhone, speakers, patron tickets to the upcoming Taylor Swift concert, and cake. She was definitely a Spinnr Winnr!

This is really really nice social experiement! It’s actually true that sometimes you have to risk with unfamiliar things to see great results… but that’s just like winning a lottery…  a blue moon. 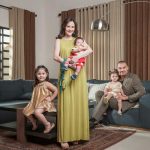 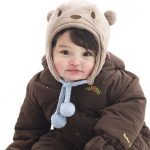