Directed by Tim Johnson and featuring the voices of Rihanna, Jennifer Lopez, Jim Parsons and Steve Martin, “Home” leads an alien race to Earth who had long been looking for a place to call home. In the movie, an overly-confident alien named Boov gets busy reorganizing the Earth and had the humans promptly relocated. Meanwhile, Tip (Rihanna), a teenage girl manages to avoid capture and accidentally finds Boov’s accomplice named Oh (Parsons). The two become unlikely buddies and together as fugitives, they embark on a comical globe-trotting adventure on the road trip of a lifetime to go home.

“Home” will open soon in cinemas (March 2015) from 20th Century Fox to be distributed by Warner Bros. 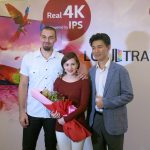 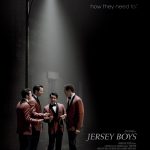