“I thank God for this blessing, another gold medal in the senior event. I’m very happy I made it to first place,” Martinez said on his Facebook page.

With the Triglav Trophy, Martinez now has three gold medals in the senior level which includes the recent Skate Helena in Serbia and the Crystal Skate in 2012 in Romania.

Martinez took up figure skating when he was eight, inspired by skaters spinning and jumping while shopping with his mother at SM Southmall. He began training in 2010 in the United States and since then his lifelong dream has been to win an Olympic medal. Martinez has garnered over 190 medals and trophies from various international and local competitions.

Filipino American Samantha Cabiles finished 6th in the Junior Ladies’ category out of 21 skaters with a score of 100.04 points. The Philippine Skating Union (PhSU), which is a member of the International Skating Union (ISU) named Martinez and Cabiles as the country’s representatives to the Triglav Trophy. Every year since 1992, the Triglav Trophy gathers over 100 of the best young figure skaters from all over the world. The competition is hosted in Jesenice ice hall Podmežakla and has its roots in 1992.

Cabiles, who was born in Hawaii and is now based in Michigan started skating since she was 11. Of Filipino decent, Cabiles also competes in the Philippine Nationals and recently ranked second in the2013 Philippine National Figure Skating Championships held at SM Mall of Asia every year. Cabiles also placed 10th in the Junior category of the recent Dragon Trophy competition in Ljubjana, Slovenia in February 2014. She trains in Toronto, Canada. Due to her high and powerful jumps, she earned the moniker, “The Skating Gazelle”.

SM has been the primary supporter of the PhSU since the latter was established in 2005. SM also provides a venue for the events of PhSU for the promotion of ice skating in the Philippines. PhSU received accreditation from the ISU in 2006, coinciding with the opening of the SM Mall of Asia skating rink that year. In turn, PhSU, as the sole governing body for Figure and Speed Skating provides SM and its ice skating rinks with marketing tools such as local and international skating events and its network of skating athletes.

Through the years, SM and the PhSU have conducted several figure skating competitions that have given birth to international champions such as Martinez. The PhSU is the governing body in the country for figure skating and speed skating. It is a member of the ISU which is the exclusive international sports federation recognized by the International Olympic Committee. The ISU administers speed and figure skating throughout the world. It is composed of a number of national organizations called ISU members who administer ISU sports at the national level.

The excellence demonstrated by skaters especially during competitions is a mark of quality that the SM Skating Rink can provide with its world-class venue and facilities. Property conglomerate SM Prime Holdings, Inc. operates skating rinks through SM Lifestyle Entertainment, Inc. at the SM Mega Fashion Hall in Mandaluyong, SM Mall of Asia in Pasay, and SM Southmall in Las Pinas. 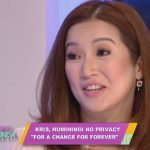 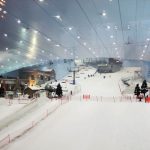